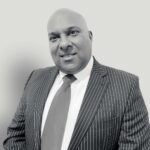 Simon is an immigration practitioner who is fully versed in conducting immigration and asylum matters whether under a Legal Aid Agency publicly funding scheme (“controlled” or licensed”) or as a private client matter.   He has accredited under the Law Society’s Immigration & Asylum Accreditation Scheme as a Level 2 Senior Caseworker and Supervisor.

Simon has been a solicitor for over 20 years now which in itself is a milestone. Following completion of his undergraduate in 1991, Simon undertook the Legal practice course and secured training in an established city commercial firm (Clyde & Co) in both contentious and non-contentious shipping and insurance matters.  Following qualifying as a Solicitor, he returned to high street work choosing to specialize in immigration, wills & probate, employment, welfare benefits, and debt recovery. In June 2002, Simon’s dedication to immigration work was rewarded with an appointment to the Law Society’s Immigration Law Panel as an expert in both the areas of asylum and general immigration. In October 2002, Simon was invited to work with the Legal Service Commission (Supplier Development Group) on a consultancy basis participating in a research project in relation to the Transaction Criteria under the General Civil Contract.  Subsequently, in 2003, Simon accepted an appointment with Duncan Lewis & Co. Solicitors as a supervising solicitor.  In the same year, he was appointed as a Director Simon where he spearheaded, set up, and expanded the Business Immigration Department.  Simon went on to become one of the Co-founders of CK Solicitors.

Simon’s practicing experience now covers a wide range of legal areas, however, his passion remains immigration. Simon has conducted numerous matters within the jurisdictions of the IAT and The Supreme Courts of Justice.  Simon feels his high success rate with Judicial Review and Court of Appeal proceedings is due to his professional dedication and successful working partnership with Junior and Leading Counsel.  Indeed, until today, Simon works closely with a panel of seven immigration barristers who carry out a significant amount of “pro-bono” advice work on asylum appeal matters and/or “Overstayer” matters in which many appeal rights have been exhausted.

Since setting up CK Solicitors, Simon worked within the area of mental health law particularly on the numerous overlapping client matters where immigration issues arise.  Simon has continued to work in partnership with numerous Non-Profit Organisations and often conducts legal surgeries on a weekly basis.  Simon has an established immigration client following and his current immigration legal experience is vast, covering, amongst other things; asylum, bail, human rights (including HIV/Aids, and “Overstayers”), settlement, entry clearance, revocation of ILR, all nationality and citizenship matters, all managed migration matters, all appeals, and public law.

“Thank you Simon, for all your efforts. You really turned around my case”. (2021)

“I am extremely grateful for all the efforts you made for my spouse visa application”. (2020)