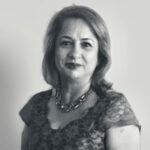 Harvinder has, for the last few years, concentrated on substantive immigration work and has conducted numerous matters within the jurisdictions of the Tribunals (IAT) and The Supreme Courts of Justice.  As an immigration practitioner, Harvinder has drafted grounds for Leave to Appeal to the IAT, pleadings and successful renewal applications in Judicial Review Proceedings.  Harvinder has also assisted with the development of private client work in relation to immigration business law applications.

Following the completion of her undergraduate in 1990, Harvinder worked as a paralegal and before successfully undertaking her Bar Finals in 1991. She then successfully completed the solicitor exams and has been a solicitor for over 20years.

Harvinder continues to specialise in Immigration & Asylum matters whether under a LAA publicly funding scheme (“controlled” or licensed”) or as a private client matter. She has continued to work in partnership with numerous Non-Profit Organisations and often conducts legal surgeries on a weekly basis.  She has an established immigration client following and her immigration legal experience is vast, covering, amongst other things; asylum, bail, human rights (including HIV/Aids, and “Overstayers”), settlement, entry clearance, revocation of ILR, all nationality and citizenship matters, all managed migration matters, all appeals, and public law. Harvinder remains a Partner of CK Solicitors and has been primarily responsible for the Firm’s Lexcel Accreditation